Former Major League Baseball star, Todd Stottlemyre, tells us how to dream big, set goals, and create a plan to break the world of impossible.

Todd Stottlemyre is a former MLB starting pitcher, entrepreneur, speaker, and a transformational mindset coach. His book, RELENTLESS SUCCESS, comes out on July 1st, 2017. He also is the proud father of four daughters and one son.

Todd’s dad, Mell Stottlemyre, was a pitcher for the Yankees, and Todd grew up in Yankee Stadium among baseball’s most legendary players – Yogi Barra, Roy Munson, and Mickey Mantle.

He knew since he was a child that he wanted to follow in his father’s footsteps, and made his way to the big leagues. Like his dad, he also played with the world’s greatest players and was part of three different champion teams.

After his baseball career, Todd built a Wall Street firm that specialized in asset management. He was very successful, but he says it was only because he failed a bunch of times and learned how to jump up and try again.

Todd Stottlemyre considers himself blessed. His parents said you can, you will, go for it. He has achieved his goals and he’s gotten to the point where he wants to give back. Now he helps other people break the impossible to realize their dreams.

Chase your dreams, not someone else’s

Todd Stottlemyre says a goal becomes real by a massive desire that comes from within. There is no I want to do. There is only I must do. Some people might ask, what are you going to do if you don’t make it? If you have a true goal, that’s not a thought.

Just like in baseball, not every major league player’s son follows in his father’s footsteps, but Todd fell in love with the game early on. His Dad would come home from road trip and play ball with his brother and him before going to the stadium. If his dad saw them playing and they weren’t having fun, he’d tell them, “if you’re not having fun, don’t do it.” He didn’t care if they wanted to dig ditches, if when they dug a ditch, they did their best. Sports wasn’t required by his parents. They wanted him to follow his own dreams, work hard, live a life of passion, and strive to be the best at whatever they did.

However, Todd did share the same passion for baseball as his father. There was no I want to play. It was an I must play, and he focused and sacrificed to make his dream come true.

Success is simple, but not easy. Small behavioral changes and action steps lead you closer to your goal, but you must make sacrifices and adopt new habits.

Some say it takes twenty-one days for a new habit to stick. Others say it takes much longer. It might be different for everyone. Todd says to force yourself to do new habits until you don’t have to think about it anymore. Just like when you were a kid and your parents reminded you to brush your teeth over and over, every night. It had to be drilled in. Now you brush your teeth without having to consciously think about it.

The good news is that successfully adopting new habits builds momentum into the next habits. Once you see it working, you believe in can happen, and it makes new habits much easier to take on in the future, and if your habits are part of your big picture goal, there will be no more should do’s, just do’s.

When striving toward goals, you can drive so hard, it consumes you. Sometimes you can forget the other pieces of your life and you are in danger of losing balance.

Todd sees these eight areas of life as a wheel. When one or two spokes in the wheel break down, you have a wobbly wheel. Life becomes unstable.

Family is one of the most important spokes in the wheel of life. Todd remembers one day when his wife told him, “When you’re at home, you’re not really home.” She said even the kids noticed, and wondered why dad always had to be on the phone or in the office working.

Todd’s advice on that balancing act is, “Wherever you are, be there 100%.”  When he’s on a date with his wife, there’s no calling, texting, email, or social media. When he’s working, he’s focused on work. He doesn’t take other calls while he’s in a meeting. The goal is to be well rounded and to keep the wheel rolling smoothly toward your goals.

Some of us might think we’re not in ideal circumstances to chase our dreams. Todd says that when you’re stuck in a place that you feel is unfair, if you’re struggling, remember that it’s happening to you for a reason. The problems you’re facing now are giving you the wisdom that you will need for something around the corner you can’t see. Instead of playing the victim, play the champion and learn from the challenges that face you.

Naysayers are going to try to take the wind out of your sails. You’ll come across small-minded people and even friends that will say “you can’t do that.” As we get older, we buy into all the reasons it’s not going to work.

Remember that most people who’ve done extraordinary things were surrounded by naysayers, but once they broke into the world of the impossible, then it became possible. If great achievers listened to the haters, they would’ve never crossed the threshold to the next level.

It’s human nature not to be coachable, especially men. We’re stubborn. We like to think we got it all figured out. We don’t even like to stop and ask for directions. But most successful people have had a mentor or group of mentors behind them.

Getting coached doesn’t mean you’re inadequate or lacking in talent. Coaches don’t stretch the human performance, coaches help us understand what our potential is. They see areas for improvement we don’t see. They shorten the learning curve

Todd Stottlemyre’s parents never said, you can’t do that, that’s crazy. He credits them for his winning attitude in life. That’s why he says that as dads, we must empower and encourage our kids no matter what. You, yourself, might think your kids are going to fail and be tempted to warn them that they might not make it. Don’t be the naysayer. You might not even know anything about the goal they’re trying to achieve. Ask yourself, is this an opinion?

Todd also urges dads to spend quality time with their families. Again, wherever you’re at, just be there. Do the listening, Be genuinely interested. Tell them you love them. Especially when it comes to the dad/daughter relationships, it’s important for them to know they’re loved. Don’t wait for them to approach you.

The #1 Reason Kids Quit Sports is Because of the Coach

Learn how to coach baseball right with 7 days of FREE access. 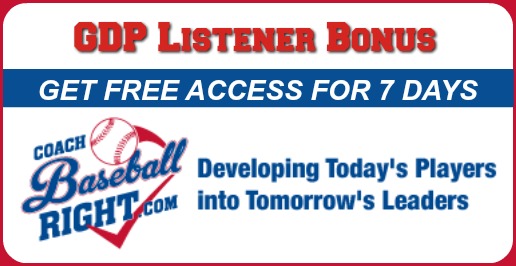 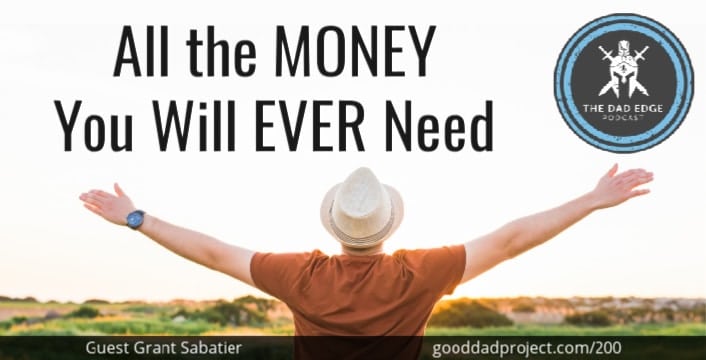 Today is our 200th episode of the main show. Thanks to all our listeners for downloading and leaving reviews! We have a spectacular guest for this milestone. Finance is one of our most popular topics on The Dad Edge. We go through years of education and training for our careers, but we’re never taught about…

Eric Davis on Leading from the Front. At the GDP, we’ve had story after story of men overcoming numerous challenges, only to become stronger men and better fathers. Through all of these stories, the common thread is grit and determination. In this episode, we talk with Eric Davis, Navy SEAL and author of Raising Men,…

What are we supposed to do when our kids admit to doing something wrong? If we blow up, they will lie to avoid getting into trouble. They’ll be afraid to come to us whenever they have problems. When they are small, it may be a fight on the playground or a grade on a test…. 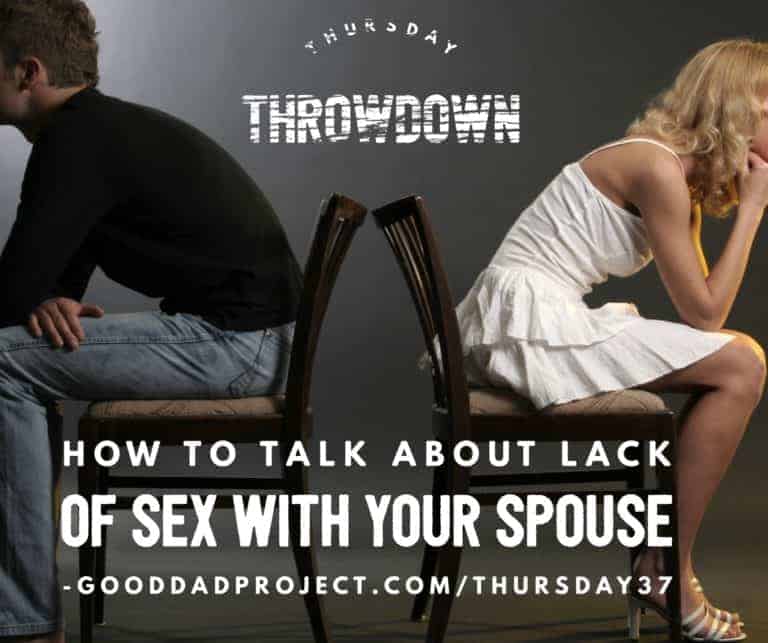 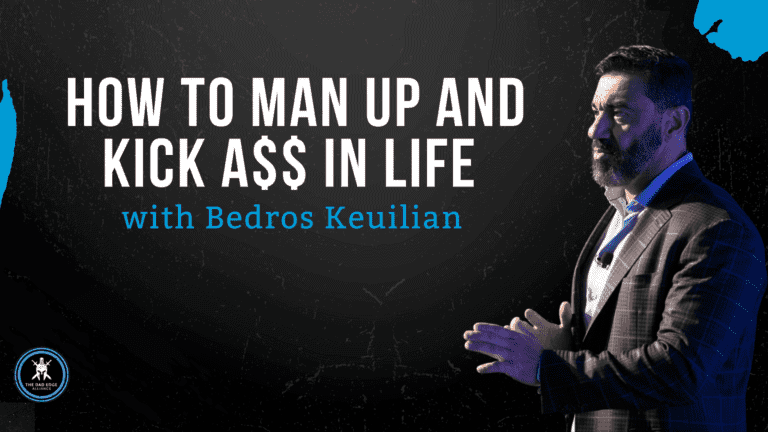 This interview I did live. I flew out to Los Angeles and sat down with Bedros Keuilian. This individual has an amazing story. A self-made entrepreneur who escaped communism to come to the United States when he was just a kid. A true rags to riches story, no doubt. Bedros Keuilian is a best-selling author,… 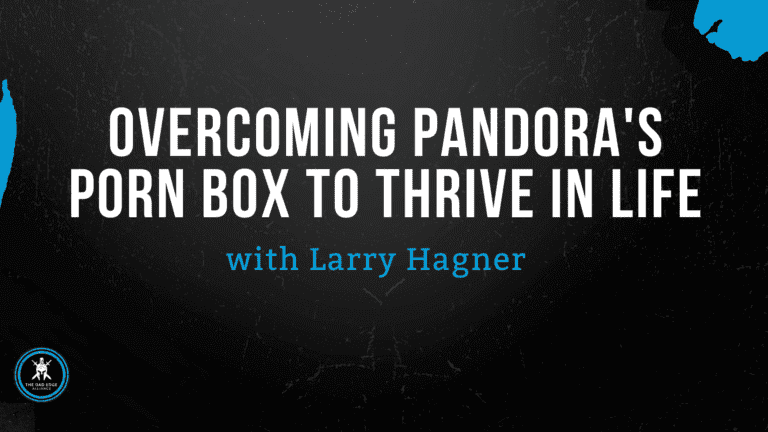