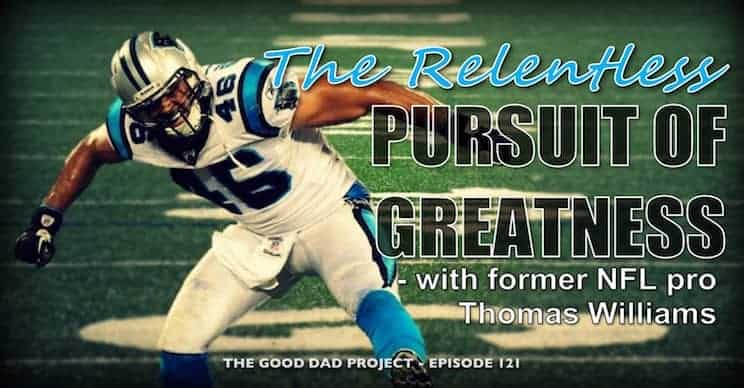 Today we have a treat for you. We’re interviewing former pro football player Thomas Williams who’s played for the Jaguars, the Seahawks, the Patriots, the Bills, and the Panthers. Listen as he takes us from overcoming his troubled childhood, to achieving his NFL dream, to using a career-ending injury as the jump-off point to the relentless pursuit of greatness.

Thomas struggled through a childhood of adversity. He was born to a white mother and a black father who split up when he was little and moved to opposite sides of the country. Thomas lived in a small town called Vacaville, CA with his mother. As a child he had a build up of anger and, being biracial he struggled with identity issues. He got into fights with other kids and was always getting into trouble at school.

What Thomas remembers most was thinking, why isn’t my dad here? He felt alone, hurt, and angry. He saw all the other kids with their dads and felt resentful. He took his frustration out on his teachers and schoolmates.

At the end of first grade, he got suspended. His mom said she  couldn’t take it anymore. Thomas still regrets what he said to her that day. He told her he didn’t love her and that he wanted to go live with his dad.

Thomas got what he wished for and went to live with his dad for a whole year. He expected to do all the father/son stuff–going to games, playing catch, and spending time together. The reality was altogether different. His dad was still in the military and spent little time at home. On most days, Thomas had to let himself in the house after school and cook and clean for himself. He was also exposed to alcohol abuse, gambling, and fornication at an extremely young age. His dad’s idea of fatherly instruction was to sit down with Thomas when he was in 2nd grade and watch Boyz n the Hood. The portrayal of the father and son in the movie was his indirect message to Thomas of what he expected their relationship to be like.

Thomas asked to move back to live with his mother by his 3rd grade year. He was never so apologetic. However, after the experience of living with his father and being exposed to such an unhealthy adult way of life, he noticed he was much more mature than his peers. He felt isolated and started getting into fights and into trouble again.

After he realized how truly frightened his mom was about his future, Thomas finally made the decision to change in the 6th grade and began a transformation into a more positive mindset. This allowed him to pursue his new dream, which was to be on a field with people filling the stadiums to see him play. His mom was doubtful that he could make it. Not many people succeed in professional sports, but he didn’t let her discourage him. He gave himself permission to dream, and he worked until that dream came true.

It’s everything you can possibly imagine and less.

He found it unfulfilling compared to his expectations. He had the money and the status. He was living the dream, but like when he was able to move to his dad’s, the reality of the situation was entirely different. He had become a man by surmounting obstacles to reach his goals. Because of the determination and toughness he developed, he knew he couldn’t fail no matter the outcome. He realized that the journey was what was important, not the destination.

Don’t do things for the outcome. Do things because that’s who you are.

Thomas continued to push himself in his performance before suffering a severe neck injury that ended his football career for good. That night, he went to bed as a professional athlete, and the next morning, woke up as a former professional athlete. He was only 29 years old.

This didn’t stop him at all. Thomas knew he lived a hell of a life already, and he knew it was time to transform yet again. He wanted to share his story and show others that they can achieve their dreams no matter how big they are. It was this passion that gave him the platform to his purpose. Now he is a coach, a motivational speaker, and the author of two books.

Thomas isn’t a dad yet. He’s not even a husband yet, but he watches and learns from all those around him. He believes the most important thing to teach his future kids is that it’s okay to be themselves.

Did you catch all our episodes with the Navy SEALs? Click here.

The Relentless Pursuit of Greatness 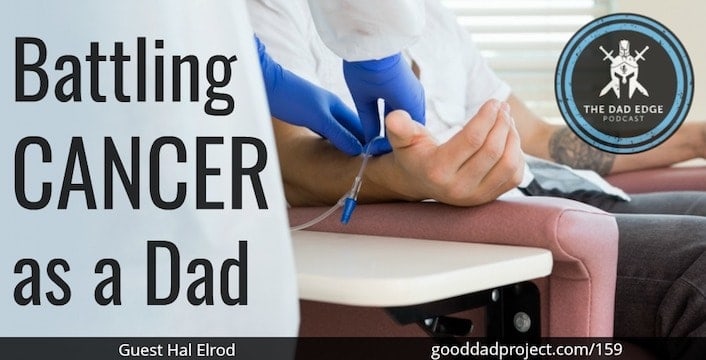 Hal Elrod is a best selling author, international keynote speaker, ultra-marathon runner, world class success coach, and most importantly, a father. He is a man who made it his life’s mission to reach his true potential. Hal seemed absolutely unstoppable. Then he was diagnosed with cancer. In this episode, Hal Elrod reveals what it was like… 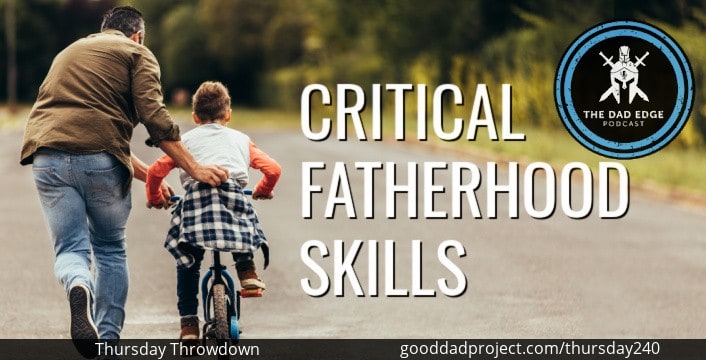 You do not have to be a victim of you past. You can learn to pivot and become stronger. Today’s guest proves it. Everyday dad and Dad Edge Alliance member Christopher Wilson grew up with an abusive, alcoholic father. He never knew what a normal, healthy family was supposed to look like. Now he is a… 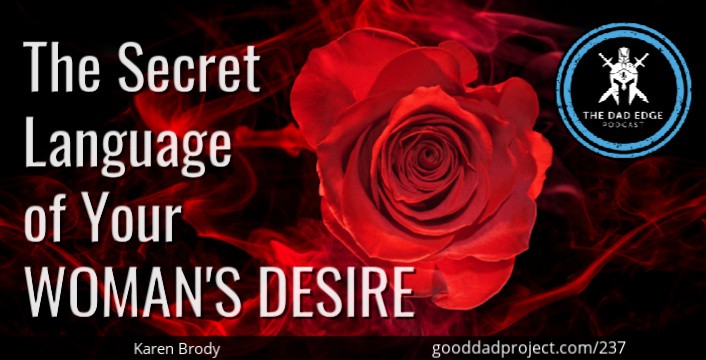 ﻿ How can we get back the amazing sex and emotional connection we had when we first met our wives? Where do we go wrong when it comes to exciting our women and igniting their passion? How can we change the direction of our relationship with our spouse when it seems like everything we do… 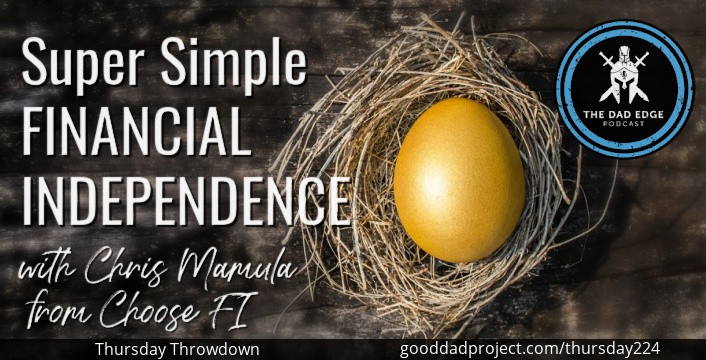 You might think that only accountants or finance geniuses can figure out how to retire early, but this is not true. Our guest today retired at the age of 41!  Chris Mamula was a physical therapist who wasn’t excited when he thought about the future. He decided to educate himself on how to reach financial… 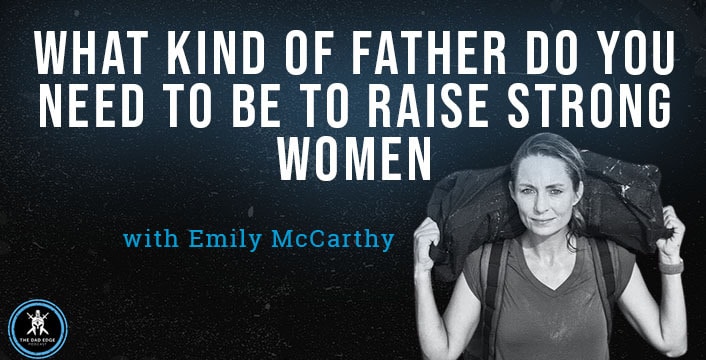 “My father was a big part of my life because he showed up.” Emily McCarthy is a former case officer for the CIA, and the cofounder of GoRuck, a brand with Special Forces roots that leads backpacking events all over the world. Emily lost her father when she was just getting out of college and… 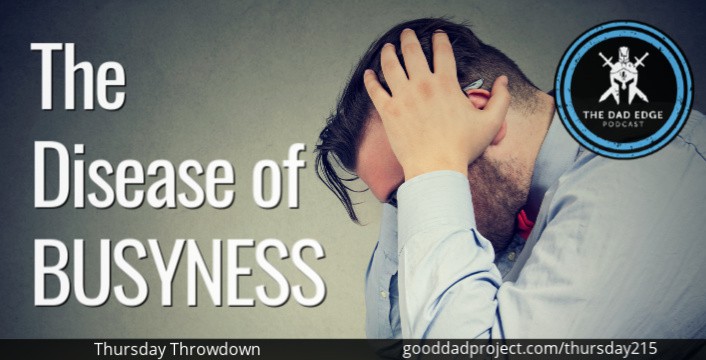 Are you infected with the disease of busyness? Many of us run on all cylinders, trying to cross the next item off our to do lists. Our days are full. We commit ourselves to the point of exhaustion. It feels like we’re accomplishing a lot, but weeks, months, years go by and we find ourselves…