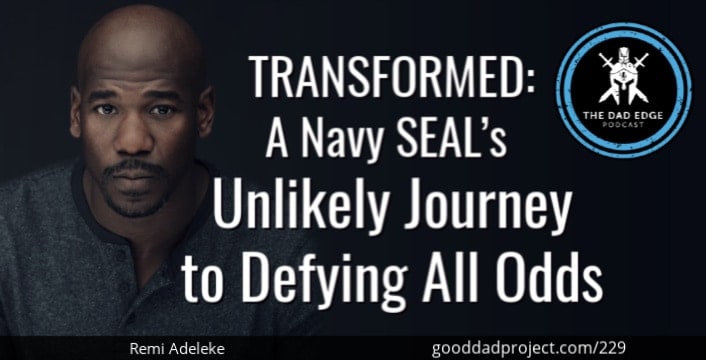 Today we have a story unlike anything you’ve ever heard before. Remi Adeleke is a former Navy SEAL, actor, entrepreneur, author, husband and dad. These are huge accomplishments for any man, but once you learn about Remi’s background, you will be astounded.

Beginning life as a son in a wealthy, royal Nigerian family and almost ending as a drug dealer in The Bronx, Remi Adeleke’s defining moment was his father’s death when he was five years old. Raised by his single mom, Remi was cast into poverty and turned to crime to fill the void of male leadership.

Remi talks about how growing up without a father impacted his journey and how he is is living proof that even when things seem hopeless, it’s possible to transform and live a life beyond imagining.

“Every boy is instinctively looking for father—to affirm us, to guide us, to teach us.” Remi Adeleke

Remi was born into riches and wealth. His dad was the firstborn son of a Yoruba chief who had nine wives. His father went on to study in London and became a well-known engineer and entrepreneur in Nigeria. His biggest project was one of the first manmade islands in the world, now known as Banana Island. In 1987, the corrupt Nigerian government stripped his father of the island, robbing him of his largest investment. Shortly after that, his father died. Remi was so young that he didn’t comprehend his father’s death or the impact it would make in his life.

Remi’s American mother brought him and his brother to the US to settle in The Bronx, NY. As they struggled to get by, Remi finally felt the void left by his father’s death. The icons of the hip-hop culture and street lifestyle became Remi’s father figures, and he worked his way from petty stealing to running high level scams that could’ve landed him in federal prison.

After a drug-related death threat, Remi realized he wasn’t going anywhere and decided to act on a long-buried childhood dream of becoming a hero. He went directly to a recruiter’s office where a series of fortunate events led him to his chance of becoming a Navy SEAL.

After the birth of his sons, Remi chose to leave his military career. He knew how deeply his father’s death affected him, and he didn’t want to do that to his family. From there, he pursued a career in speaking and acting.

Remi holds a BS in organizational leadership and a MS in strategic leadership, both from the University of Charleston West Virginia. He now resides in Southern California with his wife, Jessica, and his sons. He wrote his book, Transformed, to show disadvantaged kids and adults that they are capable of defying all odds.

Transformed: A Navy SEAL’s Unlikely Journey from the Throne of Africa, to the Streets of the Bronx, to Defying All Odds

What are the odds? Statistics tell us that African American males who grow up in a single-parent household are nine times more likely to drop out of high school and twenty times more likely to end up in prison than any other demographic. But what would it take for one young man not only to rise above those statistics but also become a Navy SEAL, actor, entrepreneur, writer, and successful husband and father? 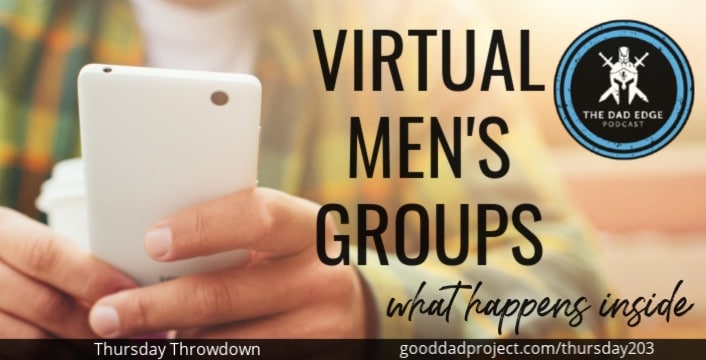 What happens in virtual men’s groups? How would joining an online group for men take your life to the next level? Isolation is a serious problem for men already, and during this time of social distancing, it’s more important than ever to invest in our mental and physical wellbeing. Today we are giving you a…

Fitness Coach, Josiah Novak, is back on The Good Dad Project to tell us the secrets to following through with health resolutions and getting rid of the dad bod in 2017. The New Year is well on its way. Have you stuck to your health and fitness resolutions? If you haven’t, you’re not alone. As… 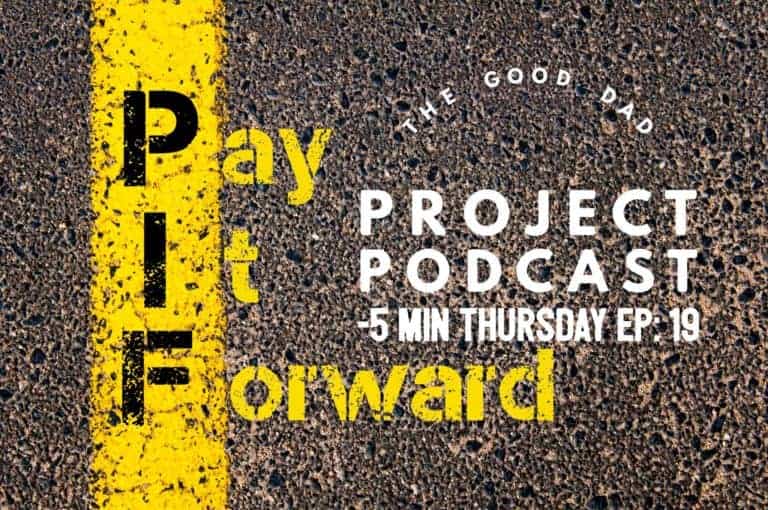 Pay it forward…a quote that is so powerful in our society. Treat others as you would like to be treated. Sounds simple enough and is probably something you’ve told your kids a time or two. But when it comes to actual practice, sometimes that old adage is easier said than done. Our own personal agendas… 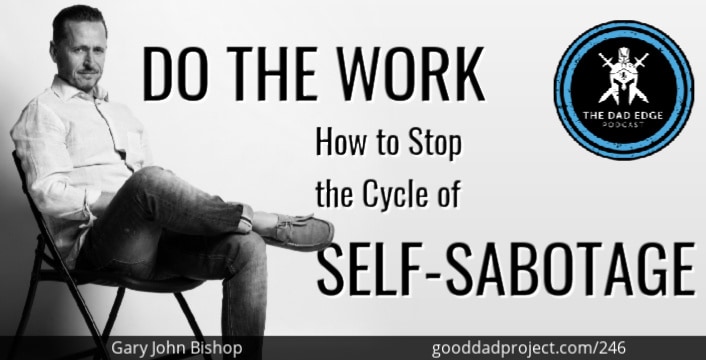 Most of us are sabotaging ourselves without even knowing it. How can we become aware of the negative self-talk that’s holding us back in life? And more importantly, how can we teach our kids to debunk their own self-limiting beliefs? In this episode, we have one of our most popular guests back just in time… 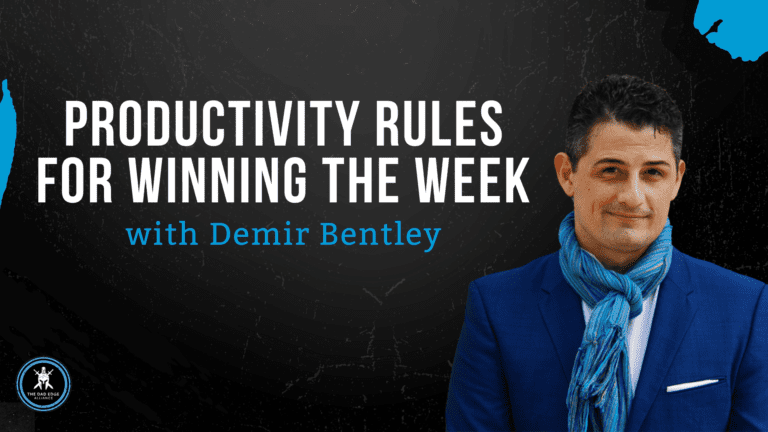 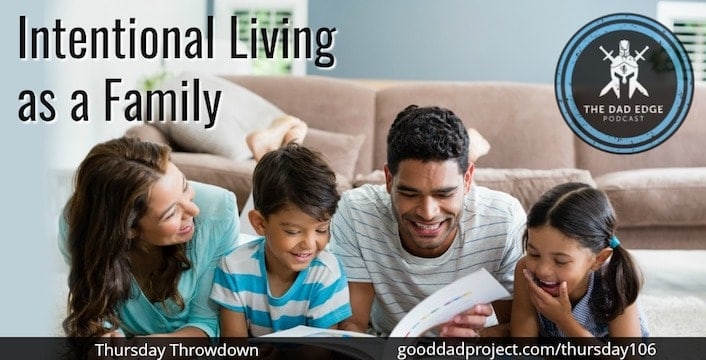 If you could improve just one part of your family life, what would it be? As the head of our households, we often feel maxed out and have nothing left to give during our downtime. What if you knew that with a few small changes, you can master intentional living as a family and completely change the…