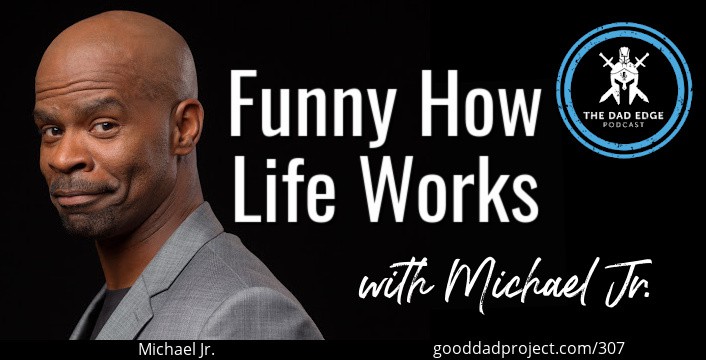 In this episode of The Dad Edge Podcast, we welcome the iconic comedian and author, Michael Jr. to the show. Spreading laughter and positivity to stages like Jimmy Kimmel Live and Comedy Central, Michael now is on a mission to take it to the next level through his anticipated book Funny How Life Works.

Today, Michael shares with us how he struggled his way to success, the impact of stories to people’s lives, and how to be the most understanding, inspiring, and iconic father you can ever be.

Live life with a punchline in mind.

Known as one of today’s most gifted comedians, Michael Jr. brings laughter and understanding to audiences all over the world. Michael got his start performing at the legendary Comedy & Magic Club in Hermosa Beach: home of Jay Leno and “The Tonight Show.” This outstanding performance led to Michael Jr. performing at the “Just for Laughs” comedy festival in Montreal where he became the first comedian to ever appear live via satellite on “The Tonight Show” which catapulted Michael’s career.

Now, Michael Jr. tours the country using comedy to inspire audiences to activate their purpose and live a life fulfilled. His impactful delivery and versatility has landed him on The Tonight Show, The Late, Late Show, Oprah, Jimmy Kimmel Live, Comedy Central, TedX Talks and a keynote for Fortune 500 companies.

Michael has spent a significant portion of his career making laughter commonplace in uncommon places such as homeless shelters and prisons, in addition to empowering his audiences with an appearance in Sony Pictures’ feature film War Room as well as a starring roles in Selfie Dad, and MORE THAN FUNNY.

On the home front, Michael is happily married. He and his wife are the proud parents of five beautiful children.

“Michael’s stories, accumulated throughout his own unusual journey, reveal important truths you and I can absorb and apply to make our lives better, and to improve the lives of everyone around us. And of course, you’ll find yourself laughing out loud as you read.” –John Maxwell

Funny How Life Works is a behind-the-scenes look at the life and career of comedian Michael Jr. Infused with the same laugh-out-loud humor and practical wisdom that define his stand-up acts, Michael shares a collection of stories meant to inspire readers to embrace their purpose–their “punchline.”

Michael Jr. proposes that life is more similar to comedy than we know. Rather than assuming that our days are random and obstacles are unfortunate, Michael Jr. encourages readers to strategically embrace each life event as part of a setup, leading to their punchline.

This unique look at life is demonstrated by stories from Michael’s own personal and professional life. From unruly hecklers to an unexpected Tonight Show audition, Funny How Life Works is filled with humor and seasoned with wisdom. It is more than a memoir–it’s a source of inspiration.

In high school, Michael woke up early in the morning and walked for an hour to go to school every day. He noticed how his dad talked seldomly.

When Michael started making money, his dad would ask him to pay $250 a month for rent. Michael couldn’t use his money for the things he wanted to buy. At 17, he approached his father that he had enough. His dad laughed at him. He realized that his father did it to set him up to independence.

Michael understood that nothing will be handed to you when you grow up. It’s not about how you earn the money but how you use it. How you use it reflects your character as a person.

Conversation as a Father

Having conversation about sex or anything, Michael’s dad would never approach him explicitly and seriously. Michael recommends to bring up the topic you wanted to talk about while doing other things—segue.

It becomes powerful when you talk to your children thinking they were not listening. If you want to introduce them to someone, during an event or at any point in time, brag what your kids can do. When will you get another opportunity to brag about them? That time will be the time.

Process of Moving On

Michael’s sister died due to carbon monoxide poisoning. She ran away from home with a friend and they went to a house and made a fire without any caution.

Don’t overprocess things that happened to you. Avoid getting to a point where it chains you up to the past. Don’t live from the negativity that happened. Make that event push you to become a stronger person and build resilience.

Dealing with the Pandemic

Michael does stand up comedy and keynote speaking at corporations. He does not want it to be a financial driver, but only makes an appearance when he wants to. He created a course along with his book to use comedy as an avenue to spread the meaning of life.

He learned that laughter is an emotional response, and by attaching learning to it, the information lingers.

Whoever and whenever your dad is, Michael affirms he did the best job he could do. Even if you have not met him thinking he does not care about you, you never know the story behind—his struggles and pain watching you from afar.

Play a game called The Re-Blame Game. Instead of blaming your father for the negative things they have done, blame the positive. Michael blamed his dad for loving children even if they were not his own. It is something that Michael learned from him.

Michael learned not to expect something in return. You make your other-half happy, not because you expect something. It’s not a debt-debtor relationship. Fill it with joy and fun. If there is an argument, settle it immediately.

When you commit yourself to it and the next time it happens again, you will deal with it instantaneously. Work on it and make that sacrifice.

Do you want to support him? Be a Patreon!: https://www.patreon.com/michaeljr 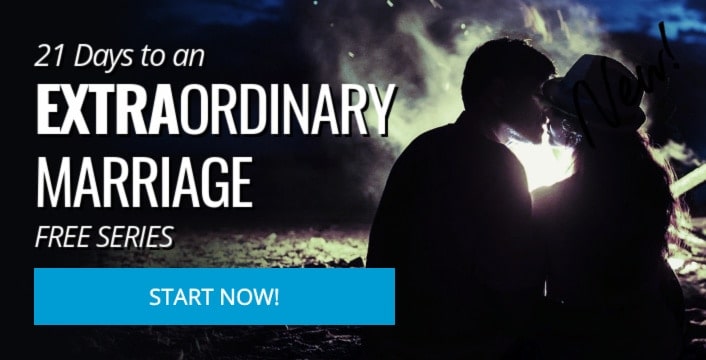 Our biggest regrets in life happen
when we’ve lost our patience.

Do the work. Make a plan. Follow along with simple, yet powerful exercises and tap into the patience that is within you.

Create an action plan to help you thrive in life and build the legacy you want. 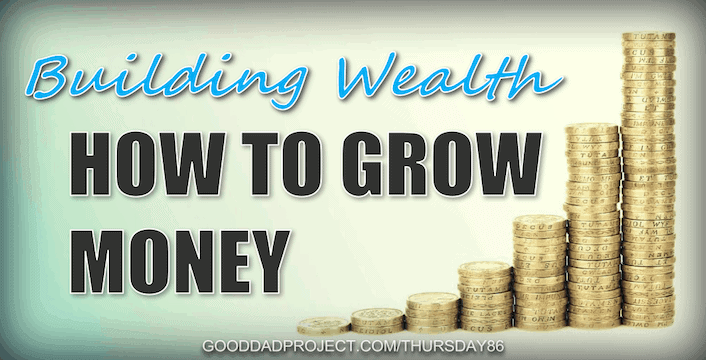 Today we’re going to talk about not just saving money, but building wealth. It’s easy to get caught up in daily life and neglect strategizing for the future, but if we don’t start actively building wealth now, we will be in trouble later in life. Here are five tips that will give you a solid… 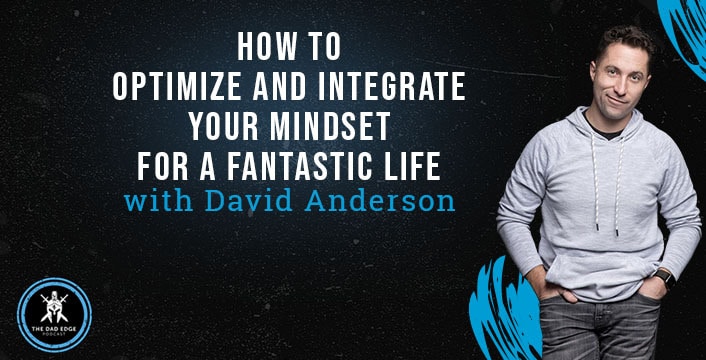 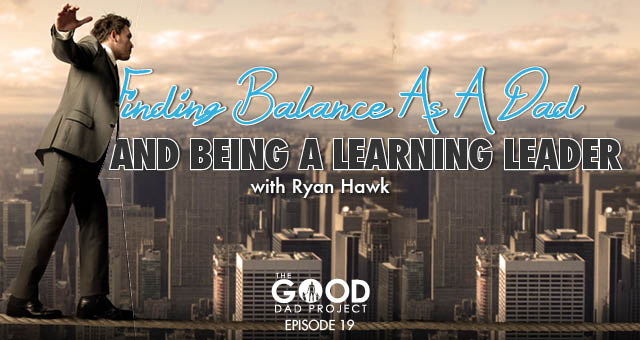 [iframe style=”border:none” src=”http://html5-player.libsyn.com/embed/episode/id/3737215/height/75/width/834/thumbnail/no/theme/standard” height=”75″ width=”834″ scrolling=”no” allowfullscreen webkitallowfullscreen mozallowfullscreen oallowfullscreen msallowfullscreen] Finding Balance and Being a Leader Shawn and I had an opportunity to interview Ryan Hawk, from the Learning Leader Show.  Ryan is a father of five daughters (yes 5!), a leader in his corporate position, a former college and arena football quarterback, and… 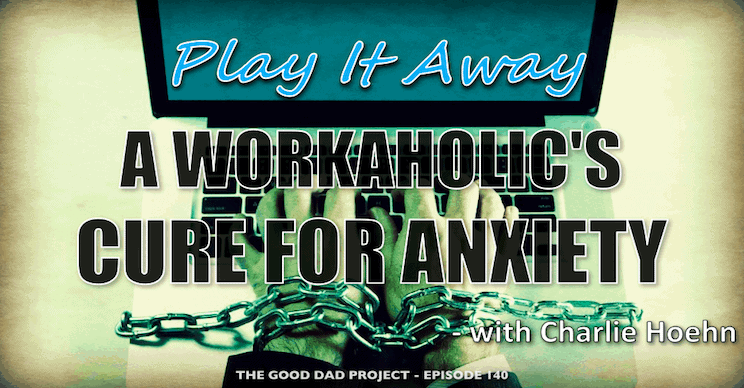 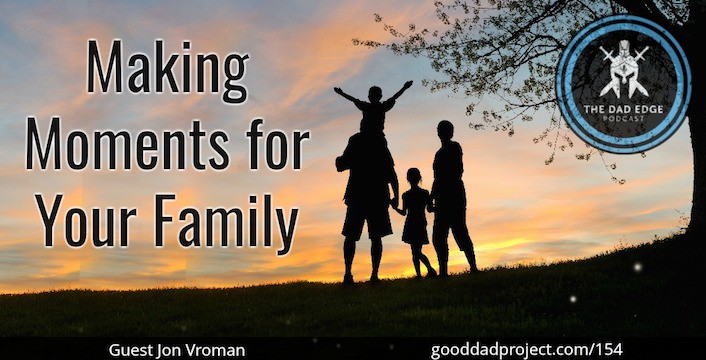 In this intimate look into the life of Shawn Stevenson, one half of The Good Dad Project Podcast, Shawn shares the reason he is so passionate about fatherhood and being part of this wonderful program. This successful author, entrepreneur, health and wellness expert (not to mention being “audio velvet”) takes us behind the scenes into…