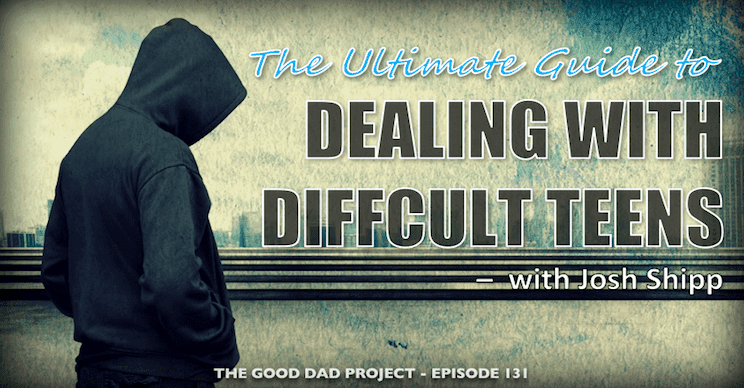 If you have preteens or teenagers, this show is for you. Even if your kids are still young, you will need this information to prepare for the future. The teenage years are a critical time for us to bond with our children so that they will be empowered to make the right choices in life.

Josh Shipp, “The Teen Whisperer,” is here to give us a guide to dealing with difficult teens. You don’t miss this invaluable advice!

Josh Shipp is an author, global youth empowerment expert, and acclaimed speaker. A former at-risk foster kid turned youth advocate, he is renowned for his documentary TV series (A&E), that followed his ground-breaking work with teens.

He is the author of the national bestseller “The Grown-Up’s Guide to Teenage Humans: How to Decode Their Behavior, Develop Unshakable Trust, and Raise a Respectable Adult,” and was listed on Inc. Magazine’s 30 under 30 list.

Josh’s mother got pregnant with him at the age of seventeen at a time when teenage pregnancy was taboo, especially in their small town of Oklahoma. After Josh was born, his mother left him as soon as she could.

Josh is not sure if his biological father knew that he had a son or had a choice in what happened to him. The crazy part about his story is that Josh’s mother had also been abandoned by her mother and was raised by an adoptive family. When she vanished, Josh was placed with these adoptive grandparents. They were aging and had health issues, and Josh was then transfered into foster care.

Josh as a little boy was angry and had an enormous chip on his shoulder. He constructed a brick wall of resentment, especially towards adults. His mother, the first adult he knew, broke his trust, and he assumed that every adult would to the same. He felt things happened to him that he had no control over. So, Josh acted out. By causing trouble and forcing his foster parents to kick him out, it gave him a sense of control.

He was so determined, he even gamified it. He created a log. He split-tested and fine-tuned his strategies. By the age of ten, he was a pro–an expert at pushing people away. Along the way, he was physically and sexually abused, bullied, and suicidal. This added to his misery.

At fourteen, Josh moved in with Rodney, a narcoleptic middle school teacher and coach. Josh thought the guy would be easy to push to the limits and unleashed his worst antics, but three years later, he was still in Rodney’s home.

One day, Josh went to jail for writing bad checks. He begged Rodney to come bail him out. Rodney agreed, but not till the next day. Josh had to spend and entire night in jail. In that moment, Josh was furious. He hated Rodney.

Rodney bailed him out the next morning as he promised. When they got home, he and his wife sat Josh down. Josh thought he’d finally get kicked out and prepared for the spiel, but Rodney said, “You can keep screwing up and keep trying to get us to kick you out, but you gotta get it through your head. We don’t see you as a problem, we see you as an opportunity.”

At first, Josh thinks it’s cheesy coach talk, but then he thought of all the times Rodney could’ve walked away, and didn’t. The wall came down. The toughness of Rodney letting him sit in jail, and the tenderness of the faith Rodney had that he could be more than what he was that led Josh to the moment that would change his life. He now uses his experience with Rodney to inform his way of helping all difficult teenagers.

Every kid is one caring adult away from a success story.

When your kids are small, you are the master of being in control of them. But when they become a teenager, the strategies which had been incredibly effective and helpful no longer work.

At this point, Josh says you have to shift from being an “air traffic controller dad” to more of a “coach dad.” Teenagers will do what they want to do. You can’t control them anymore, but you can influence them.

The pre-game, post-game, and during the game.

If you approach your teen as his or her coach, you need to establish a plan to prepare them for the situations they will encounter.

How to Have Those Awkward Conversations

Inevitably, as a dad, you will have to broach difficult subjects with your teen. Josh says, the best way to get started is to name the elephant in the room. Then tell your kid exactly how long you plan to discuss the subject. This gives him a sense of control and relief that they know you won’t give them a never-ending lecture.

Josh offers a different approach for sons or daughters.

Above all, Josh recommends consistent encouragement and consistent consequences, the tough and tender balance. Fold that into your day-to-day practice. Josh is so committed to this, he sets up an iPhone calendar alert to remind him to speak a specific word of encouragement to each child. Do what you have to do. Even if you feel the kid in your life is beyond your reach and the relationship is incredibly strained, know that your influence and presence in their life makes a difference. 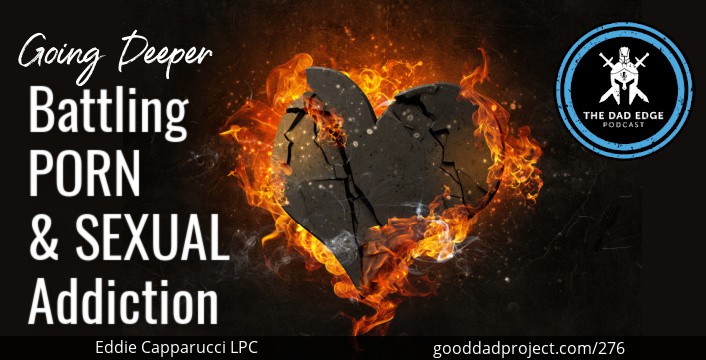 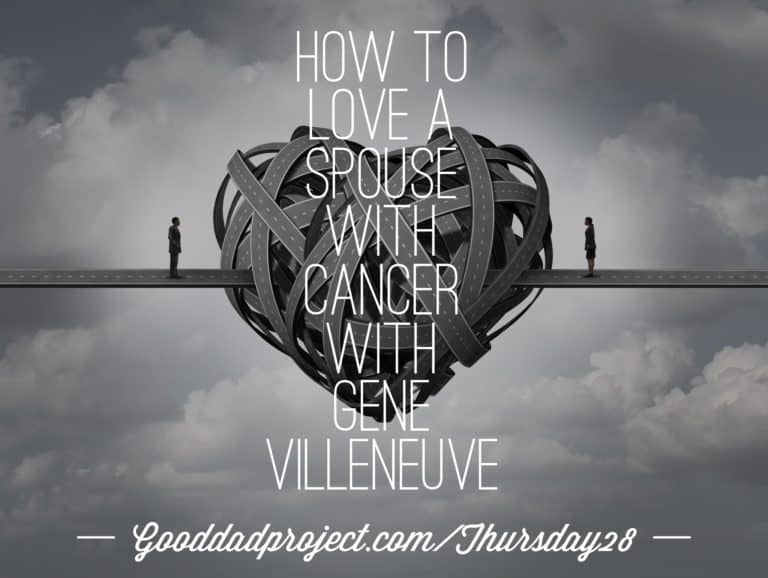 Gene Villeneuve shares his experience with the very difficult subject. Today on the Good Dad Project, we have Gene Villeneuve, a successful business man who lives in Paris with his wife and two daughters. Last year, his wife was diagnosed with breast cancer and they have endured 11 months of emotional exhaustion as she has… 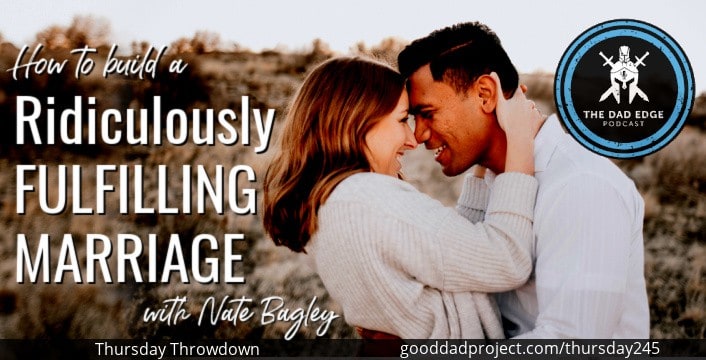 Marriages have taken a beating during the pandemic. We are under a constant generalized stress that keeps our nerves on edge and lowers our emotional capacity. But we can use this time to build a ridiculously fulfilling marriage, and our guest today teaches us how. Nate Bagley is a marriage researcher, educator, husband, and a… 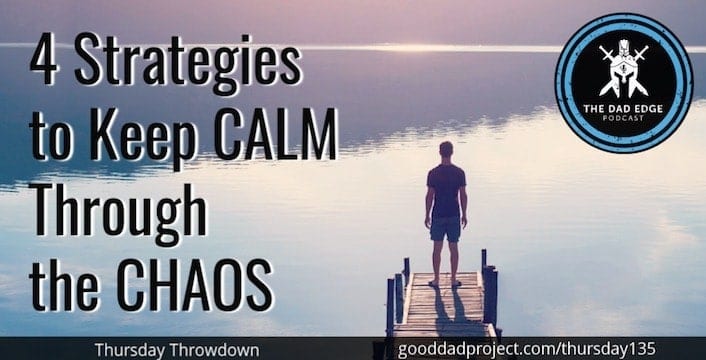 Sometimes, life throws us a curveball. We might be cruising along, meeting all our goals, right on track for the future. Our family is thriving. Life is good, then suddenly we are launched into chaos. That is what happened to our guest today, Gene Villeneuve. Gene is a Canadian who moved with his wife and… 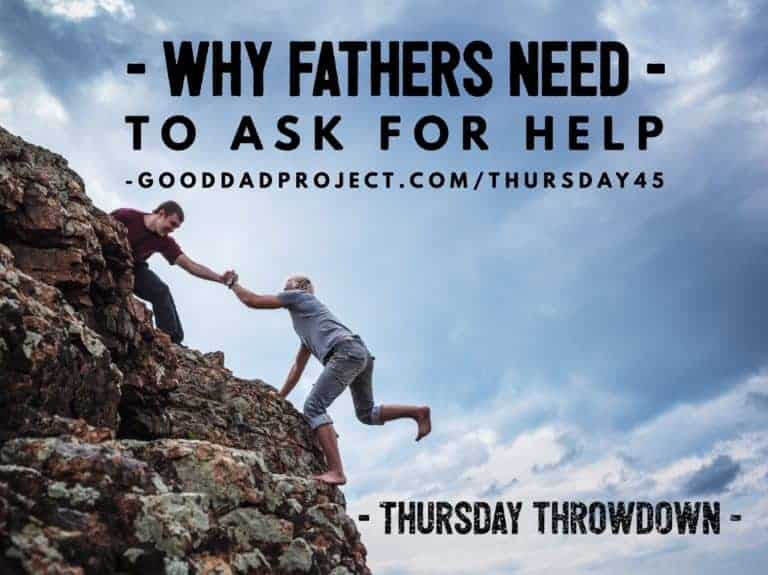 As men, we hate to admit when we don’t know all the answers. We don’t want to seem weak and vulnerable, but fathers need to ask for help sometimes, and here is why. None of us want to be at a loss when it comes to what to do about job struggles and relationship issues. We…

Mark Divine will make you challenge yourself. This is the consistent message of Mark Divine, founder of SEALFit, author of Unbeatable Mind and Kokoro Yoga-Warrior Yoga. Right now, you are capable of more than you are right now. Mark Divine continues to prove this with countless client success stories; the GDP’s own Larry Hagner is… 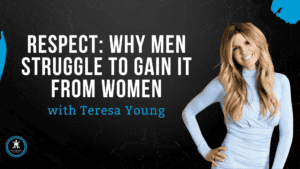 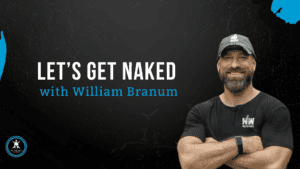 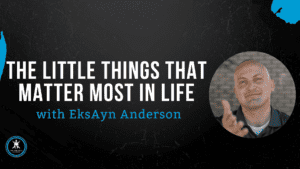