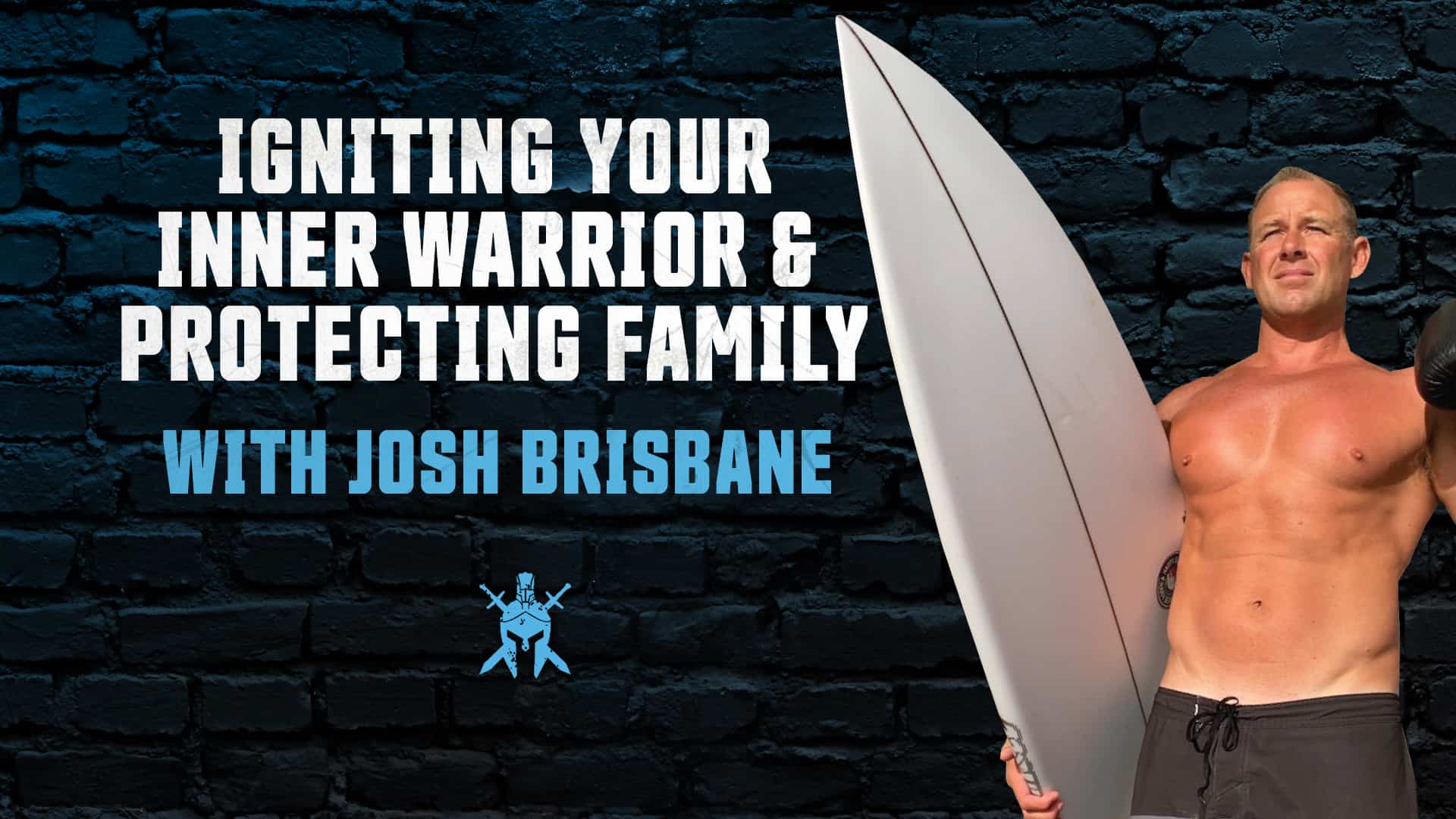 Life can be pretty crazy. One moment you can be pumping gas and the next you can be threatened by a stranger who attacks you. That’s why we need to be prepared. We need to learn how to defend ourselves. We need to know how to spot danger, be before it becomes a threat, and how to stay one step ahead of danger that lurks around every single corner.

Today my guest shares insights on how we can be better protectors for our family. Teach our kids on how to protect themselves and how to avoid the most common mistakes we make when we aren’t being situationally vigilant.

Josh Brisbane is a professional SAVAGE. For the past 20 years, he has been surrounding himself with the best fighters on the planet and learning how to fight, protect and stand his ground. When he is not training, Josh is surfing and spending time with his family. He also hosts The Savage Watermen Podcast, where he interviews everyone from fighters, surfers, entrepreneurs, investors and much more.

05:04 On the bullying he experienced as a young boy

13:12 On doing whatever you need to do to protect your family

Josh Brisbane explains that he interviewed a convicted pedophile and asked him what he took into consideration when choosing his victims, the pedophile replied that he looks at the parents, he analyzes them to see if they will put up a fight back, or if they will get involved if he kidnaps their child.

Josh Brisbane says he trains and goes to self-defense classes to do what he has to do to protect his family, that someone sees him and thinks twice before he tries to do something to them.

Josh Brisbane explains what situational awareness is, he says that most of the time you need to be alert so you can prevent many situations, for example, when we go to the gas station, what we do is to be on our cell phones, but we do not realize what is around us in the environment. Learning about situational awareness is important to know how to fight, how to throw a punch, how to fight on the ground, on our feet, weapon control, etc.

Josh Brisbane says that if you can detect danger before it becomes a threat, then you should not even use your hands, it is good to know that you can defend yourself and that you know many things, it gives you confidence, but the best thing is to prevent it before it happens.

Josh Brisbane says he has a safe word with his son and wife, in case they are in a potential danger scenario, they know what to do so Josh doesn’t worry about them while dealing with the situation, either by acting or just being alert.

28:57 The 4 principles of becoming hard to kill

Josh Brisbane talks about the 4 principles to become hard to kill. The first is situational awareness, it’s being aware of your surroundings. The second is strength and conditioning, you must be able to run faster than your attacker. The third is training, you must invest time in learning how to strike, because in a confrontation, you must throw a punch and defend yourself. And the fourth principle is consistency, you must be committed to the safety of your family. If you have a safe word, it’s not just remembering it, it’s practicing, doing drills, talking about scenarios, and so on.

34:53 Story of when someone threatened him with a knife

Josh Brisbane tells about a time when a person decided to threaten him with a knife. The important thing about this anecdote, is that he says he learned not to take things personally, as he has more to lose. But he was very alert to how the situation unfolded so as not to put his baby at risk.

46:27 Show your kids the basics to defend themselves but keep training to sharpen your skills

COURAGE is something every dad needs more of…the question becomes:  “How do we develop more of it?” We can’t out run stress. It’s simply a fact of our daily lives. The idea that we “eliminate” stress from our life sounds great, but that means cutting out the parts that are most meaningful. Think about it:… 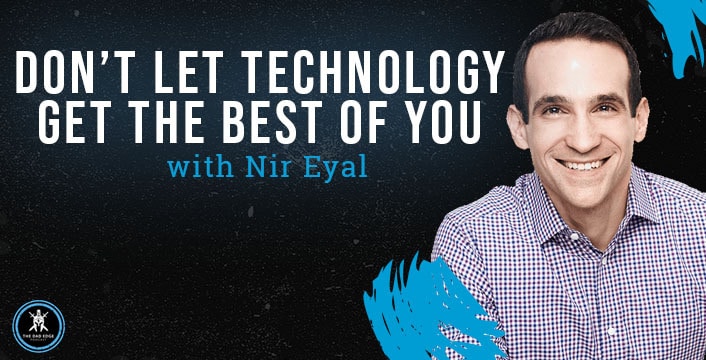 Nir Eyal is a husband, father, former professor at Stanford Graduate School of Business, and the International Best-Seller of two books: Hooked and Indistractable. Nir worked in the video gaming and advertising industries, where he used manipulative techniques to keep users distracted from their values. Now, he writes to help companies use positive behavioral techniques to form… 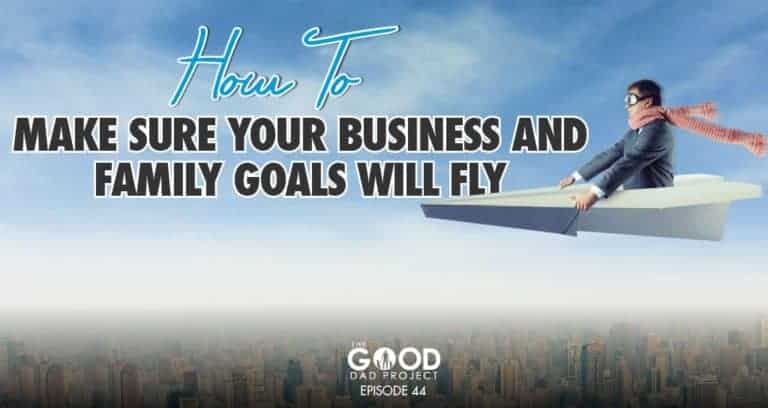 Will It Fly with Pat Flynn Larry and Shawn interview Pat Flynn, founder of Smart Passive Income and author of Will It Fly. In this episode, Pat shares his dynamic story of ground-up success and balancing an entrepreneurship with family. Key Takeaways: The intro of Will it Fly with Pat Flynn…We’ve all done it-taken a…

It’s been about a year since our worlds were drastically changed by the pandemic. Many of us feel discouraged and stressed out. It seems impossible to stay motivated and focused. We lose the momentum we had toward whatever goals we planned to achieve pre-COVID. Today’s show is for those who feel frustrated and overwhelmed, for…

Having resilient kids is something all parents want. We want our kids to be confident, make smart decisions, and have the ability to triumph over challenges in life. What we often forget is that in order to raise resilient kids, we have to be resilient ourselves. Chris and Holly Santillo joined us for a live… 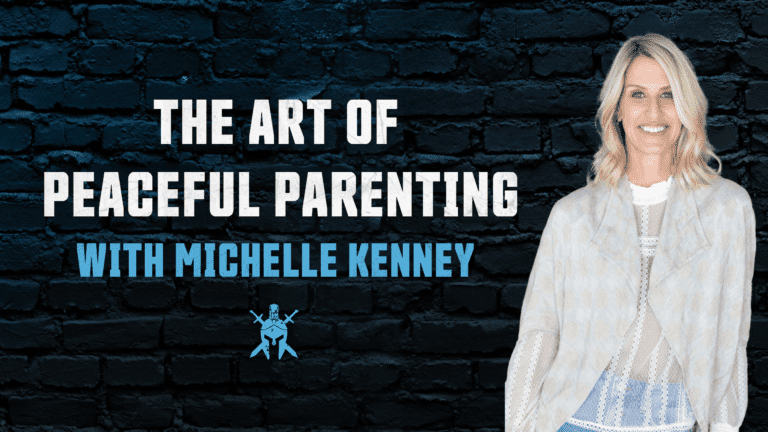 On this episode: How we can create connection with our kids How we can connect with them instead of punishing them. How she connects with her daughters for 20 minutes per day and what that looks like. When the rules are broken and we don’t want to break the connection, what can we do about…