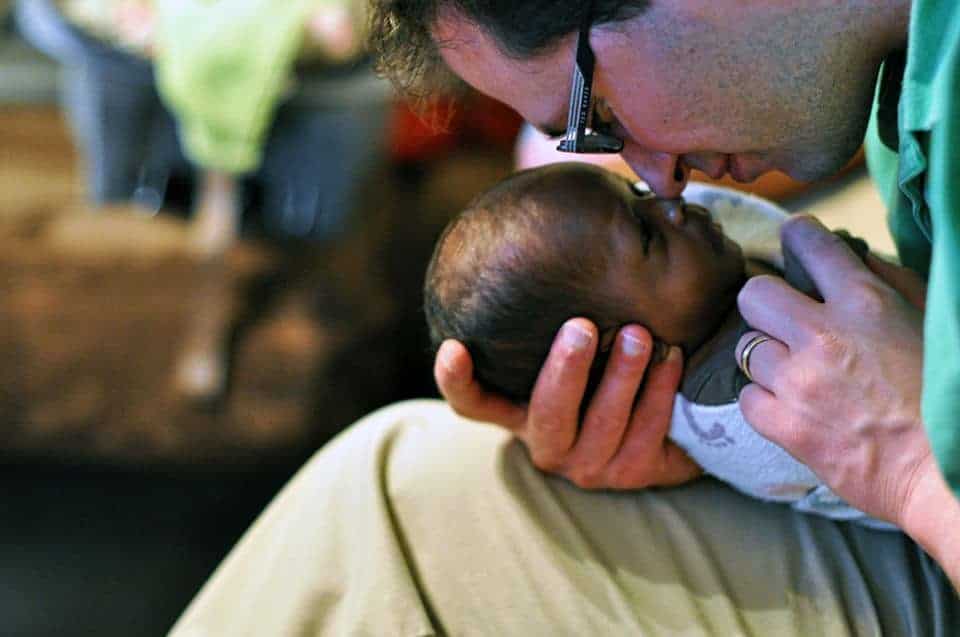 There are so many types of Dads out there.  Since I started this Project just a little over a year ago, I have had the opportunity to meet so many Dads.

I can tell you this…behind every face, there is a story.

The surprising thing I am learning through this Project is that most Dads keep pretty quiet about their own story, struggles, and accomplishments.

The goal of the GDP, is to be a voice for Dads.  It’s so important to simply recognize the everyday Dad who shows up with Purpose.

This week, I wanted recognize a true story of inspiration.

He and his wife Noelle adopted Anthony just a few short months ago.  Doug and Noelle have been going through the adoption process for years.  In fact, they have come close three previous times.

Unfortunately, the past attempts to adopt have resulted in the birth parents making a last minute decision to keep their child.  I cannot even begin to imagine the emotional roller coaster both Noelle and Doug have been on the past several years and attempts to adopt.

However, they kept moving forward despite their challenges.

Just a few months ago, they got a call from their agency letting them know this little boy, who was two months premature, was left in a hospital in Florida. 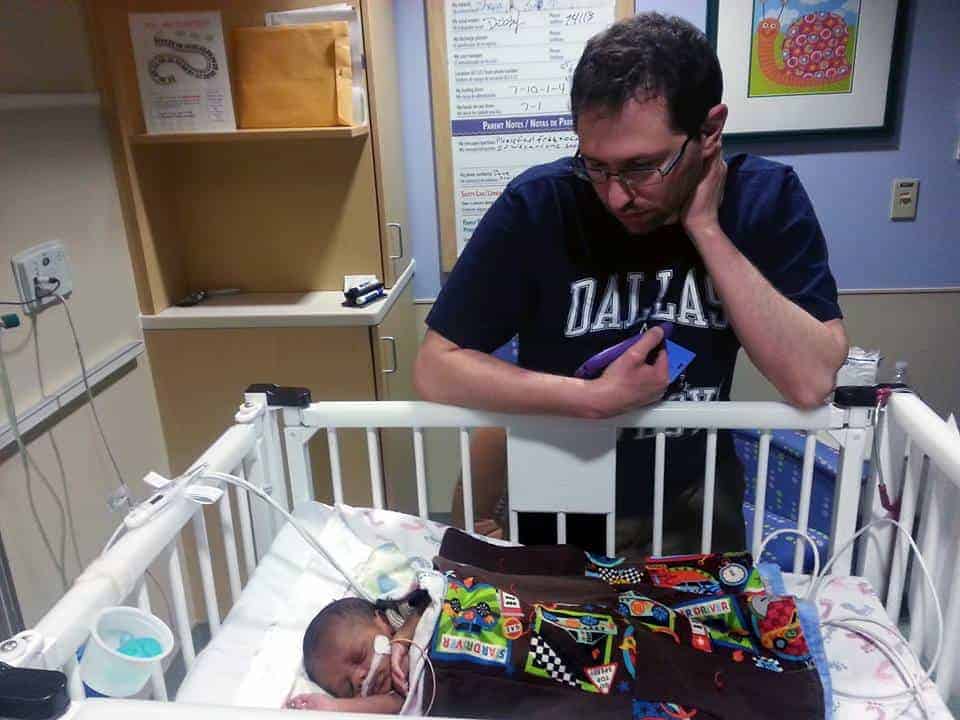 Without thinking twice, they jumped on a plane and spent a month in Florida until little Anthony was healthy enough to go home.  I’m happy to say that Anthony is so healthy and is a part of a family who loves him more than life itself. 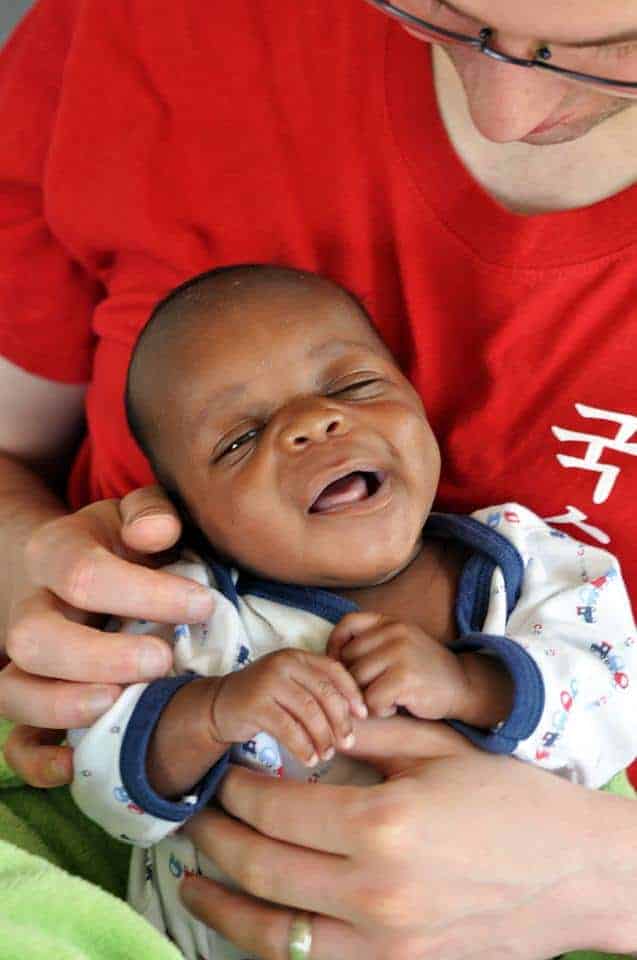 Check out what Noelle wrote about Doug:

My name is Noelle and my husband, Doug and I just adopted a baby, Anthony.

I wanted to take this opportunity to explain why he is a Dad with purpose.  Not only did Doug sacrifice his expectation of having children of his own blood to fulfill his wife’s dream of helping a child already in this world, he also has made a decision to step up and become the father figure in a boy’s life.  Anthony was left alone in a hospital, waiting to see who would love him. He now has more affection and care than he may even want from Doug.  Doug talks constantly about what he wants to introduce to Anthony and how he wants to make sure his boy knows he will always have two people on his side, encouraging him and loving him along the way…no matter what. Adoption is just another means of creating dads with a purpose….  GOOD DADS at that! 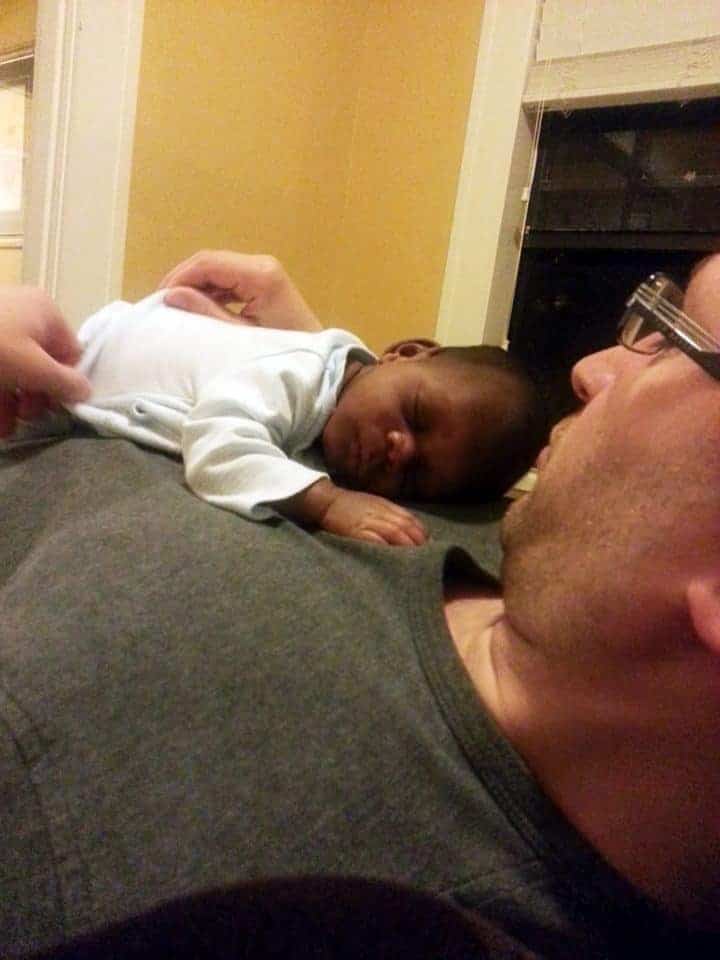 When we think about the everyday Dad, we usually think of the “Traditional Dad.”  We don’t always think about the perseverance and emotional capacity of our Dads who are desperately trying to adopt.  They definitely deserve some recognition.

If you enjoyed Doug’s story, please give it a share on your social media. 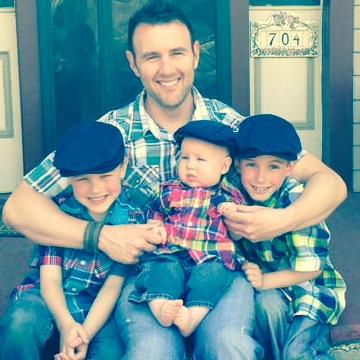 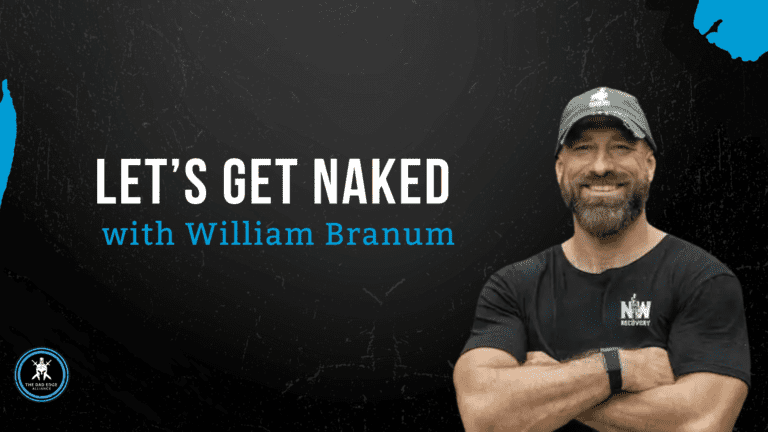 William Branum is the founder and CEO of Naked Warrior Recovery, a CBD company focused on the recovery of veterans and first responders. He is a retired Navy SEAL with 26 years of service. He has served on both traditional SEAL Teams, taught as a SEAL Sniper Instructor and served on Teams that specialized in undersea… 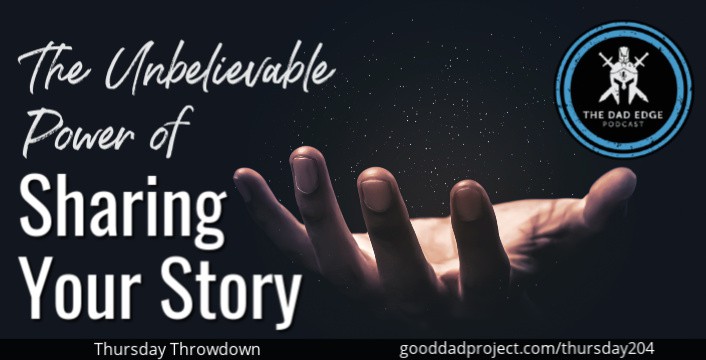 Men are acutely aware of their mistakes and shortcomings. Rarely do we pay attention to our strengths and contributions. We don’t realize how much we have to give if we would just open up. Today we talk about the unbelievable power of sharing your story. We interview new Dad Edge Alliance member, Tommy Morgan. He’s… 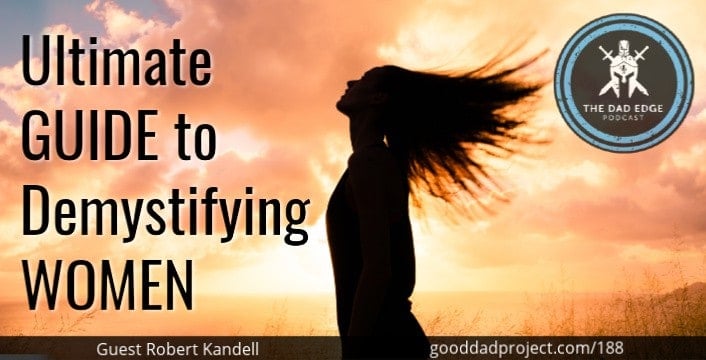 Men are supposed to be strong and silent, right? We think if we work hard and provide we will be rewarded. This is what our culture has taught us, and this is what we think women want. But this idea is becoming obsolete in today’s society. The world has changed drastically when it comes to…

On today’s episode of The Good Dad Project, Sam Weinman tells us how to talk to our kids about failure and how to win at losing by using defeat as fertile ground for growth. Sam Weinman SAM WEINMAN is the digital editor of Golf Digest. Prior to that, he was a senior writer for The Journal News… 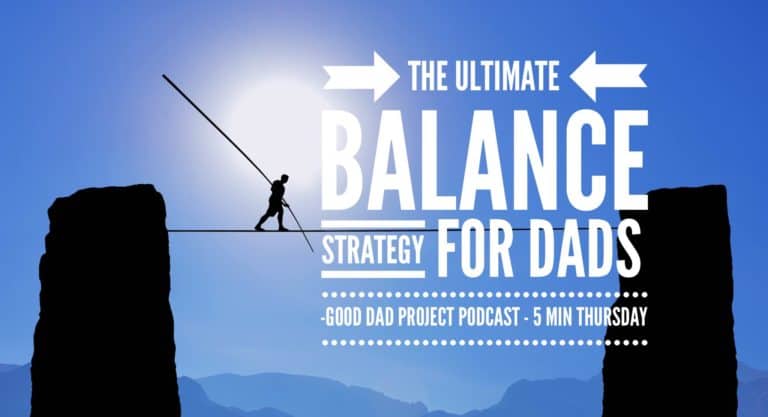 Balance is and having the right mentality is critical to our success as fathers. This past week we interviewed Jeff Pelizzaro, founder of 18Strong.com.  I wanted to highlight some of the pearls that came from his interview because there was a lot!  Ultimately, its about pursuing our passions while having the right mindset, focus, and… 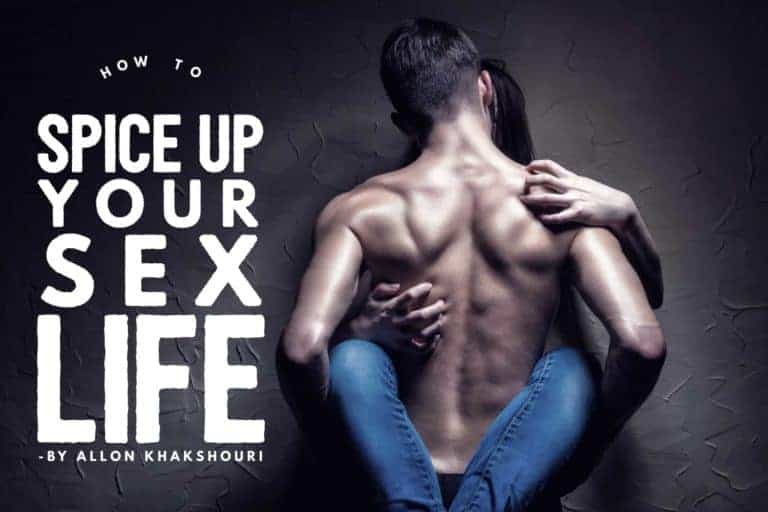 This is a guest post by Allon Khakshouri of Business-dad.com Enjoying a healthy sex life is a key ingredient to a thriving marriage. At the same time it is the one topic very few parents dare talk about, often leading to lots of frustration and anger to already challenged relationships.   Sex is so important…